7 Kinds of Friend Every Man has.Which one Are You ?

Ever wondered what role every guy takes in a group.Read on to know the type of friend every guy has and determine which role are you playing.

1.The Rich Kid – He has the money and doesn’t think twice before spending it.He talks Europe and he talks Miami.He talks Ferrari and he talks Porsche.His friends know it and sometimes use him.But he doesn’t mind spending on them as long as they treat him as the dude.

2.The Foodie – He loves food.Food makes his day.He would leave anything for the company of food.You want him to get something done.Bribe him with food.He doesn’t give a damn about what others think as long as he is enjoying himself.Often the most naive in the group.

3.The Bragger – He talks about women all the time.He cannot see beyond B***s and A**.He hits on every girl and convinces you to hit on every girl.He will have million stories to tell of the escapades he did and also of those he didn’t. But mind you he is a loyal friend and the best buddy to have after a breakup as he is sure to help you hookup and party till you forget your past.

4.The Nerd – He is not someone you party with or hang out on a daily basis.But he is the guy who helps you grow your mental intellect.He is someone you meet over coffee or lunch and discuss politics,philosophy, future ambitions and family.

5.The Player -He attracts all the girls.Every time.He is a smooth talker.Careful and precise.Every girl who hangs out with the group wants to date him.He knows how to play the game.He brags only what he does.No superficiality.Thats the player.

6.The Committed – He will have fun but is careful about the ring on his finger.He might says he does not care but cares most about relationships.He likes being in relationships but does not admit it.Loves being pampered but shows he couldn’t care less.Often the middle man of the group who sorts out the differences and fights.He is the man you can goto for any kind of advice.

7.The Actor – The most cheesy of the lot.Can easily morph into any of the roles depending on the group he is with.He knows what to reveal and what not to.He is the planner and the ice breaker in any gathering.You can count on him to organise events,parties and what not.If he says he will get something done, he will.Count on him to know all the hip places to wine and dine.

We hope you liked this post and it helps you to understand your women better.

Let us know what you think of the above article and follow us on : 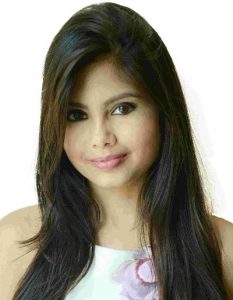